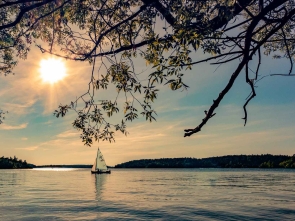 In the time of King Herod, after Jesus was born in Bethlehem of Judea, wise men from the East came to Jerusalem, asking, “Where is the child who has been born king of the Jews? For we observed his star at its rising, and have come to pay him homage.” When King Herod heard this, he was frightened…, and all Jerusalem with him…; and calling together all the chief priests and scribes of the people, he inquired of them where the Messiah was to be born. Matthew 2:1-4

Last week as I was reflecting on the Epiphany, I was intrigued by King Herod as the villain in the story.  The wise men were given unlimited access to the Christ Child, and Herod was denied access.

And having been warned in a dream not to return to Herod, they left for their own country by another road.  Matthew 2:12

King Herod was created by God just like everybody else in the story.  So what went wrong? Most of us know King Herod is the ultimate biblical villain, a baby killer. However, there is more to the story.

Herod was born in Palestine.  His father was a soldier who ousted the king and took the throne for himself. His father appointed Herod Governor of Galilee.  When civil war broke out in Rome, Herod first sided with Mark Antony who made him a tetrarch (which is governor of a quadrant of Rome).  When Octavian defeated Mark Antony, and Cleopatra Herod switched his loyalties.  Herod was loyal to Rome and having proven this under Octavian-now Caesar Augustus-, he secured his position as King of the Jews.  Being a distrustful, paranoid, jealous, and brutal man.  He eliminated any opposition or threat to his place of power.  This included killing his wife and two of his sons.

But Herod wasn’t all bad.

There was economic prosperity during his reign of 33 years.  Herod presented himself as the protector of Judaism and hoped to win the favor of the Jews. He encouraged synagogue community development, and in difficult times he suspended taxes and supplied free grain to the people.  He earned his title Herod the Great because of all the building he was responsible for including the rebuilding and beautification of the temple in Jerusalem.

But he was a fearful and paranoid man, and he made a choice to let his fears guide his decisions.

There have been times in my life when I too have made a choice to follow my fears and insecurities.  Recently, as I was listening to a song in my car, a vivid recollection of such a time came flooding back.  The song was “A Pirates look at 40” by Jimmy Buffett.  A friend of mine, a Buffett fan, listened to his music often and so that time in my life is marked by his music.

It was a sad moment as I heard this song and remembered being 18 and how insecure and afraid I was.  I didn’t trust the friendships I had because I didn’t believe I was worthy of such good people.  As a result, I hurt those who were actually in my corner.  By thinking that they had something I didn’t, and not understanding that I had an abundance of my own to offer the relationship, I tried to take what they had for myself.

As I listened to the song, I didn’t stay in the sad moment long.  There has been a great deal of change for me as I grew in confidence and strength of character.  And looking back I am grateful for the time and the memory that had such an impact on my life.  Losing the friendships of those I hurt was a valuable consequence.  In the future, I made better choices.  I began looking at people of strong character and instead of attempting to take what they had I sought to emulate their integrity and fortitude.  In time my desire to read scripture grew.  I studied and learned about love and the genuine character of Christ.  He might have been a threat to Herod, but he also could have healed him.

In the song, Buffett claims to be a victim of fate, but I believe we make choices daily that impact the present and the future as well as how we will remember the past.

Will you recognize the value of past choices as moments of growth?

Will you recognize your value and that you are right now exactly where you should be?

Will you offer that to this day? 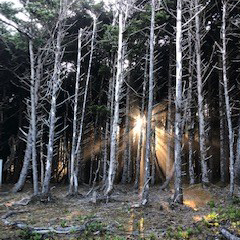 Are you afraid of the dark?  I am.  Silly, but it is true.  I don’t like turning off the lights at night.  My vision changes in the dark, and I often see things entirely differently and usually not in a good way.  So, in my room, I have several electronics that keep me from being in total darkness.  My alarm clock and my phone charger both give off enough light to keep me feeling ok.

Reading the scriptures about Job feels a lot like being in the dark.  I am a bit afraid of his story.   I have glanced through it, but not willing to look too hard.  For this Sunday’s teaching though, I needed to look deeper.  What I needed was to move into the darkness of it all to understand it better.  Job was a man who was “Blameless and upright, one who feared God and turned away from evil” Job 1:1.  He lived a life of wealth and prosperity.  And yet, God wages a bet with Satan regarding Job and suddenly he is found alone, wanting, and in poor health.  For thirty-six chapters we witness the suffering of Job.  Thirty-six chapters!  His conversations with God, his friends, and family offering no relief.  Why was his agony so long?  Why was it so harsh?  The God of my understanding does not play with our lives. Therefore I know he must have had a profound purpose.

In the Gospel of Mark we witness another kind of darkness.  A man named Bartimaeus is blind and begging by the roadside.  As Jesus and his disciples walk by, he calls out to Jesus. “Jesus, Son of David, have mercy on me.”  Though the crowd tries to hush him, he cries out again, “Son of David, have mercy on me.”  In the span of one paragraph, Jesus hears him and heals him saying “Go your faith has made you well.”  This seems utterly unfair to me when read alongside Job’s story.  And yet, once again, the God of my understanding would have a profound purpose for this man as well.

This truth for me is realized in the life of Archbishop Desmond Tutu.  He had a distressing youth.  As a young boy, he suffered from polio.  Then, at the age of 15, he was diagnosed with tuberculosis. He noticed that almost all of the patients who started to hemorrhage and cough up blood ended up being wheeled out to the morgue.  When he began coughing up blood, he spoke to God and said.  “God, if you want, if this is curtains for me, Then it’s okay.”  He was surprised by the calm and peace that came over him.  He turned 87 this month.   In 2016 in The Book of Joy, he speaks of death, saying,

“Because God is God, because God is infinite, because none of us who are creatures will ever fathom the infinitude that is God, heaven is going to be forever a place of new discovery.”  The Archbishop’s eyes were transfixed, his gaze distant.  “I would say, ‘Oh, God, you’re so beautiful.’ And I will call, I will call, ‘Come, come and see,’ and this other one will say, ‘Have you seen just how beautiful God is?'” p. 162

Bartimaeus, a blind beggar, whose sight was restored in an instant, followed Christ and the apostles whose next destination was to Jerusalem where the progression toward the cross begins.  Perhaps his eyes were opened so that he could see clearly as Christ offered himself for the sins of others.  Maybe he went on to share with others what he saw.

And Job, well Job allowed his suffering to transform his faith. He spoke with God and agreed to listen better.  As a result, he grew even closer to God.  He saw people differently.  He had compassion for the friends who had thrown accusations at him.  And after offering prayers for his friends, his fortunes were restored and doubled.  We know he saw the world differently when he broke social ground, by naming his daughters and giving them an inheritance along with their brothers.

Are you in the dark?  Do you feel afraid?

Speak with God.  He listens.

Allow Him to give you a new vision of things.

Perhaps you need to see a friend differently.

Perhaps you need a new vision for your future.

Perhaps you need to see God for the first time. 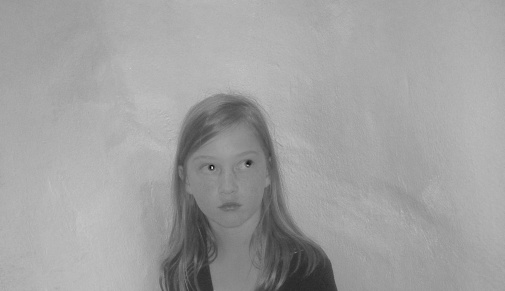 “let me assert my firm belief that the only thing we have to fear is fear itself—nameless, unreasoning, unjustified terror which paralyzes needed efforts…For the trust reposed in me I will return the courage and the devotion that befit the time. I can do no less.”  Franklin D. Roosevelt, Inaugural Address, March 4, 1933

Fear is a powerful force that can stop us in our tracks.  Whatever we are moving toward,  may be completely avoided when we justify our fears and give them power.

Identifying our fears by naming them might be our first courageous act.  What is the enemy that you are going to battle today?  Is it loneliness, despair, guilt, abandonment?  Spend a quiet moment asking God, “What is the source of my fear?”

Today, the source of my fear is the idea that I have not done what I should have done in the past and the future of others will be forever tainted by my failure.  That statement is full of guilt.  And there is nothing I can do to change the past.  So, having named it, I have two choices, wallow in the past (punishing myself) or move toward a better future.

I spend a quiet moment with God and ask, “What have you entrusted to me today?”

There is no fear in love, but perfect love casts out fear; for fear has to do with punishment, and whoever fears has not reached perfection in love.  We love because he first loved us.     1 John 4:18-19 (NRSV)

God has entrusted to me those whom I love, and though I may have failed them in the past God’s love for me is unending and I must have the courage to overcome my fears and extend that love to them today.  “I can do no less.”

tearing down the strongholds

Center for Action and Contemplation

RSS | My Utmost For His Highest